REST (REpresentational State Transfer), is an architectural style for providing standards for communicate between various computer applications (Web, Mobile, IoT..etc). REST API is the future and it is de facto standard in modern SPA (single page applications) applications. here it explains the implementation of REST API using FW1 framework. You might consumed various famous REST APIs (google maps API, PayPal API etc.,) in our applications. But building a RESTful web service, like other programming skills is part art. In this blog post, we are going to learn, how to build a RESTful web service using FW/1 framework in Adobe ColdFusion or Lucee. FW1 is a ColdFusion lightweight MVC framework developed by Sean Corfield. 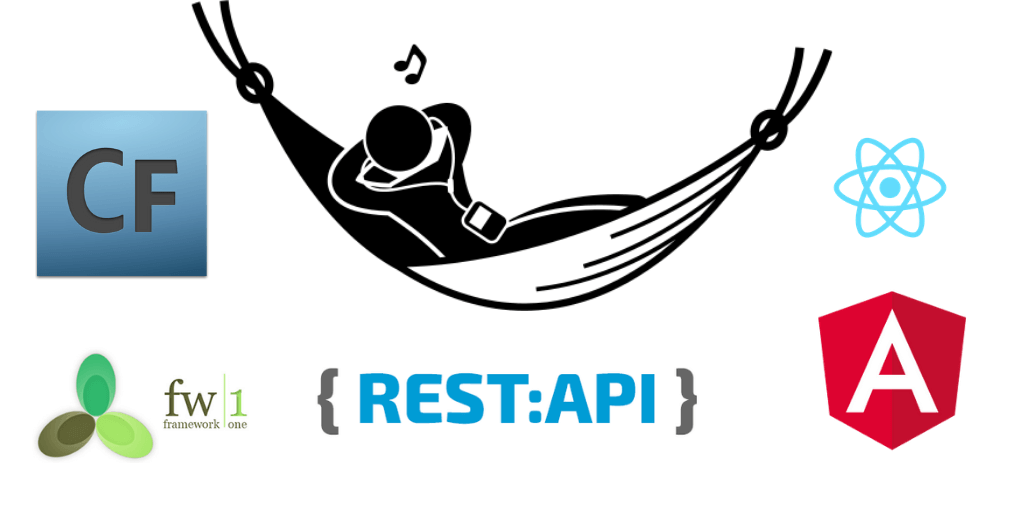 Here, 'mycomponent' is the controller name (cfc file name inside controllers folder) which you are going to use as an REST resource. Adding this simple setting means the following default settings.

For these methods, passed 'id' value will be available in rc with the name relevant to their resource component(like mycomponent_id).

Here, renderData() is a FW1 framework helper method to bypass views and layouts completely and automatically return data rendered as JSON, XML, or plain text to your caller based on contentType mentioned in type chained method. Once you have called renderData(), you can do chain builder calls for the following methods to set their corresponding values.

Here, http://myapplication/index.cfm refers the path of your application and /mycomponent at the end refers the resource name (the name which we provided in { "$RESOURCES" = "mycomponent" }). As I mentioned earlier, based on the http method, it will call the corresponding method and render the data to the caller.

if run http://myapplication/index.cfm/mycomponent URL, it will be considered as get http method for getting collection of all resources and will access the corresponding default method to get the values.

if run http://myapplication/index.cfm/mycomponent/{:id} URL, it will be considered as get call for a single resource and will access the corresponding show method in your controller to get the detais about that particular resource details.

Get single value response
Other methods